Our company press book is growing with this incredibly positive article on Fashion Enter and our CEO Jenny Holloway courtesy of Kate Salter at The Telegraph. Article featured below and linked to The Telegraph here

Made in Britain: Fashion Enter, a social enterprise giving a creative boost to the UK’s fashion industry

Jenny Holloway, founder of Fashion Enter, is on a one woman mission to boost skills and manufacuring in the UK’s fashion industry 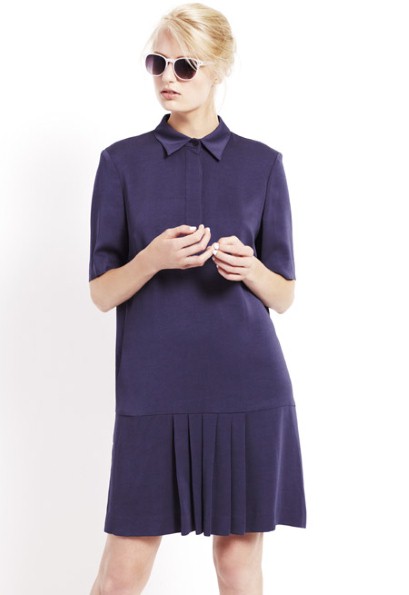 A dress from Marks & Spencer’s Best of British collection, made by Fashion Enter

Jenny Holloway, founder of the social enterprise Fashion Enter, says it was the “horrendous experience” she had 14 years ago that proved a turning point in her life. Holloway was seven months pregnant, with two other children under five, when the business partner she was about to join forces with pulled out at the last minute.

Holloway, who had worked as a fashion buyer for Arcadia and Marks and Spencer, had spent the previous 10 years building a fashion label with her husband and was about to launch their new collection. “We nearly lost the house, and I lost my voice for two weeks from the shock of it”.

Holloway, 51, says she decided that she could either spend the next few years feeling “angry and bitter” or she could use the experience to help her. Now Holloway is on a one woman mission to create a new skills base in the British fashion industry.

Holloway approached the London Development Agency (now defunct) for funding and was given help setting up her not-for-profit project assisting young British fashion designers in developing their businesses.

“I realised money wasn’t important to me any more” she says, “and I wanted to help people not make the same mistakes that I had made.” In 2006 the funding was stopped, but Holloway had already set up the online database Fashion Capital in 2001 – an online resource for those in the fashion industry – and had around 20,000 people on her ‘books’. Fashion Enter was born.

“Designers were coming to me in tears because they had bad relationships with their suppliers, or couldn’t get the quality pieces they wanted, or were failing to negotiate properly with production”, says Holloway. She decided to open her own workshop in Haringey where designers could have their pieces made. “We employed machinists on proper contracts, we never paid cash (which does happen in this industry) so we attracted a better calibre of people.” Last year Holloway won the Ernst & Young Social Entrepreneur of the year and last month, the Social Business Trust chose to invest in Fashion Enter, securing its future.

Fashion Enter’s first big break came when Holloway suggested to ASOS that her workshop produce their press samples. Fashion Enter now makes clothes for Marks and Spencer (their Best of British range), PPQ, Preen, and Peter Pilotto among others. Holloway says they have also just finished making Barbara Hulanicki’s (of Biba) niece’s wedding dress. “We can do anything!” she says laughing.

With the help of the Social Business Trust Fashion Enter now has access to the kind of support – financial and business expertise – normally out of reach of small businesses. Adele Blakebrough, the CEO of the Social Business Trust, said “the Fashion Enter story is a fantastic one to be a part of. Jenny is an inspiration, showing it is possible to not only provide compliant and competitive manufacturing services to the industry, but also to develop people’s skills, and help to revive a lost art in UK industry.”

The core of Holloway’s business is helping people get a foothold in the fashion industry, and a sense of social responsibility. Fashion Enter recently launched its Stitching Academy (which ASOS is supporting) offering trainees proper qualifications in stitching which Holloway says hadn’t even existed before. It also runs a two-year garment making course and so far 24 out of the 50 apprentices have made it into careers. Then there’s the training of people with disabilities, the work they do with the local council, and the talks Holloway and her employees give to local schools. It’s a busy life for Holloway, but as she says, she wouldn’t have it any other way.