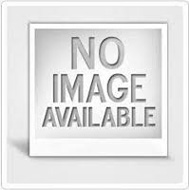 – Finalists from across the world attend grand final in Bradford

The winner of the SDC Colour Design Award 2008 was announced as UK-student Danielle Lewis at an awards ceremony on Friday 18 April in Bradford, UK. Danielle, a second year fashion design student at Colchester Institute’s Centre for Art, Design and Media, was one of the 13 finalists who attended the event on Friday evening. This student design competition – the first of its kind run by the SDC in conjunction with regions/affiliates around the world – saw over 50 institutions take part, with students from Australia, Hong Kong, India, SouthAfrica, Sri Lanka, Pakistan, the UK and USA making it through to the final.


With eco-conscious fabric choices versus imagery of the iconic woman, Danielle’s winning entry was rich with colour, full of 1970s silhouettes and Grecian draping. As the global winner, Danielle received a cash prize of £1000, presented by Sue Williams (SDC president), plus a prize for her college donated by Lectra. Danielle also received a trophy in honour of the late Dr Veronica Bell (an SDC past-president) to acknowledge excellence in the field of colour and design.


As part of the grand final, all the student finalists were invited to Bradford to meet the judging panel. During their trip, they also discovered more about the Society’s world of colour, they participated in a dyeing workshop, and had first hand experience of design software in action during a visit to Lectra’s Bradford studio.


Each of the finalists prepared their portfolios to a universal brief and welcomed the opportunity to talk about their use of colour with the judges – Malcolm Campbell (sales and marketing manager, Holland & Sherry), Craig Crawford (PLM manager, Burberry), Laura McCafferty (textile artist) and Chris Sargeant (SDC vice-president fashion/design).


At the awards ceremony, each of the students received gifts donated by Pantone and NCS Colour Centre which were presented by Paul Dakin of VeriVide, sponsor of the event. Malcolm Campbell, chair of the judging panel, announced the winner and commented, ’The overall standard of work was outstanding, and it was a pleasure not only to view the artistic and colourful presentations, but to talk to all the students about their work, their inspirations and their dreams for the future, and to be inspired myself by each and every one of them.’


The grand final of the SDC global design competition next year is provisionally planned for Goa, India in June 2009. Further details to be issued in due course.